Home/Articles/Jobs in Tech: Where are the Women?

Jobs in Tech: Where are the Women? 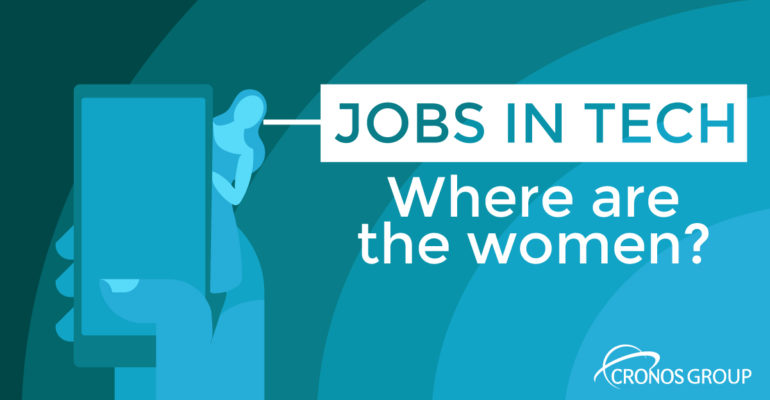 Technology has been an up-and-coming field worldwide for decades now, but as the tech field progresses, it seems to not want to bring women with it. What does this mean? That women don’t want to work in the technology field? That the technology field doesn’t want women? Or both?

The answer is hard to find. Statistics show that 74% of young girls express an enthusiasm for the STEM and computer science fields. This seems promising, so why do the stats show that only 28% of women go on to earn computer science degrees? And that only 25% hold computing jobs? Not even going into the issues with the differences in pay, a gender gap in the technology field is painfully obvious.

Not only are there fewer women in computing occupations but the numbers have been steadily decreasing since the early 1990s (when it peaked at a meager 36%). Women now hold less than a quarter of the jobs in computing roles.

These bleak statistics don’t reflect the success of women in the technology roles they do hold. Women hold only 5% of startups, but they are so successful that if the women business owners in the U.S. alone formed their own country, the GDP would rank 5th in the world. What makes women-led startups so profitable? The stats show that women-led startups have a 35% higher ROI when venture backed and generate 12% higher revenue than male startups. Furthermore, women entrepreneurs bring in 20% more revenue with 50% less money invested (Women Who Tech).

So why aren’t more women going into the tech field? Data from the Information Systems Audit and Control association found that, as of March 2017, the number one barrier experienced by women when entering the tech field is that there is a lack of mentors and role models (ISACA). With the majority of the people on the executive boards of tech firms being male, women can’t help but feel ostracized and that they have no mentors, nor anyone to look up to.

It’s obvious that women want to work in tech but that they feel inhibited by the circumstances surrounding tech jobs. This could be remedied by increasing the number of women in executive positions who could be mentors and role-models to women lower down in the company. This would encourage the women who are just starting out in the tech field to stick around and contribute to the tech world they way they want to.