Since 2006 once a year Barcelona has become the main showcase of mobile technology in the world during this four-day event. In its last edition in 2015, 93,000 professionals – including 4,500 executives of companies in the sector worldwide – learn about the latest innovations in mobile solutions, presented by more than 2,000 international exhibitors. 3,800 journalists and analysts from around the world covered the event, reporting everything that happened in the 94,000 square meters of exhibition and hospitality.En 2015 el impacto del evento en la economía local se ha estimado en 436 millones de euros, además de promover la creación de 12.675 puestos de trabajo. In 2015 the impact of the event in the local economy has been estimated at 436 million euros, in addition to promoting the creation of 12,675 jobs. In 2016, the GSMA Mobile World Congress will be held from 22 to 25 February at the Gran Via de Fira de Barcelona.

Cronos Group will be present, for interacting with most advanced technologies companies including mobile, innovative, high-tech, multi-national corporations, start-ups, incubators, accelerators,  technology transfer offices of academic institutions,  venture capital funds, service providers and more and wants to meet you to share our ideas during the congress. These ideas are drastically altering mindsets within the global mobile and technology sectors.

If you come to Barcelona don’t miss the opportunity and meet us!

Please specify any other areas of interest: 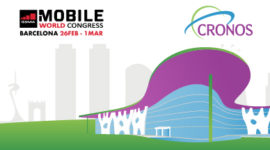 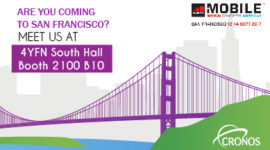 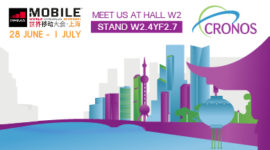