If you are still planning to go to the World Cup, I am positive that you probably would like to share with the rest of the world the amazing experience of living the Brazilian fever of each game and share photos of the all great moments, and even upload videos of historical plays and cheering chants of euphoric national teams within your social networks. While you are thinking in how to do that, you might think twice to use your mobile phone on roaming in Brazil, as the charges for roaming into the South American country had gone to astronomical figures. Currently there are near to 3 million tweets per minute. 135 thousand mentions per hour and near to 40 million mentions since the Event started, twitter has said there is about 300 Million of World Cup-related tweets sent so far (for comparison, the entire London Olympics in 2012 saw 150 million tweets).

According to a study from the Interactive Advertising Bureau (IAB) conducted, nearly half of soccer fans who own a smartphone and that their intent is to keep up with the World Cup plan to use their phones to follow the games. Smartphones, according to the study it is the second most popular device while following all related stories about this sporting event, while is the first one in checking online scores and updates of the World cup Matches.

FIFA has revealed they expected that all visitors would spend total 2.7billion dollars. Out of that amount 124million dollars, will be spent only in communications during the World Cup in Brazil. Cronos Group’s Media Research Department made a study for all communication roaming charges from major mobile communications companies of top countries that made it to the 2nd round of the World Cup. In such study it is clear that visitors from Europe will pay higher cost while roaming if they use their voice services. While visitors for Latin America (being Colombia the most expensive), will experience high charges in their bills while trying to use the data plan.

While I am positive that the 2014 Fifa World Cup had attracted the attention of at least half of the population worldwide, visitors and audience will continue to enjoy the World Cup, The hangover of the cost (and expensive bills), while doing so abroad, might be a bitter moment for many of them. In another perspective, this could be a crucial momentum to capitalize for other providers offering OTT services that are able to work in within Wi-Fi coverage.

The question here, is if Big Telcos and PTTs are trying to milk as much as possible from their current “captive” customers, without realizing that there are better ways to engage them, giving better and more creative products, offering value added services, allowing their customers to use more and many more of the current offering, but not abusing on the rates. Although for the true fans while the ball is still on the field their attention will continue to be in the game. Hope will be a win-win for everyone. 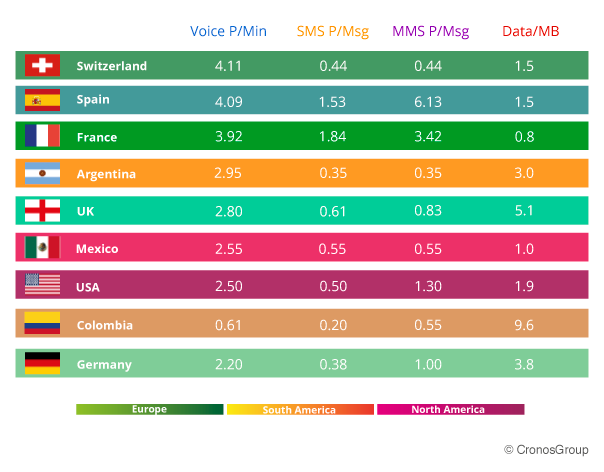