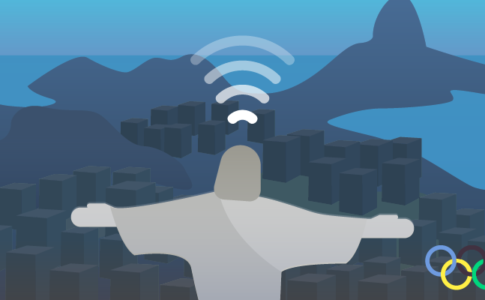 Cars are getting more and more connected. In the first quarter of 2016, more cars were added to mobile networks in the American market than smartphones.

More than a third of new connections were in cars, followed by 31% in mobiles. Finally, tablets constituted 23 percent of connections while M2M (machine to machine) was just 14 percent. Connected cars are becoming more and more widespread in the last few years with many users connecting their vehicles to a cell service.

As an example, US telecommunications company, AT&T has eight million cars on its network, probably the highest of any mobile operator in the world, states Chetan Sharma report. AT&T mobile car’s solutions is appealing automobile manufacturers, to the point that they have sealed deals with 9 out of 15 US car companies.

One of the projects to improve cars convenience was started on 2015 by a University of Texas engineering student, Nancy Rodriguez, who was also an intern at AT&T Plano Foundry. After watching some tragic news about children left by accident in hot cars, she decided to build a product that detects living creatures on automobiles and triggers an alarm in certain situations. This prototype has been continued by AT&T and will probably be commercialized in some cars next year.

Despite the advantages of having a connected car (to detect other cars, or to track your way to a destination), many consumers aren’t aware their car is connected. 4 out of 10 don’t realize the cars they owned already had connectivity features on board. On the other hand, the rest said that connected features influenced their decision to buy a certain car.

The best tips to protect your smartphone

Smartphones need protection today, good maintenance and good use. These are essential tasks we must take to avoid irreparable damage to our phone.

There are different ways where mobiles can be hacked by true professionals who are dedicated to stealing information to access personal information such as bank details. Hackers can infect your device remotely, by malware or via Wi-Fi networks that are not secure. This is especially true for operating systems such as Android. To prevent this from happening, you can perform various actions, but first you must learn to recognize when your phone has been hacked:

And these are the actions to prevent and avoid future problems:

Finally, update your software as often as you can, because it restores and corrects errors that have occurred on the device and prevents the mobile from new malware.

The Internet developing in Latin America

The internet in Latin America, a unit like the US and other parts of the world have been essentially developed by the academic and research institutions. Within the context broadband in Latin America, statically Mexico and Uruguay are the front runners.

Research suggests that fixed broadband penetration in the LAC region remains below the global average. In comparison to the South East Asia countries, European and northern American markets. The reason is as a result of poor connectivity within the rural regions where there is relatively low computer use. The demographics within those areas are significantly poorer therefore they are only able to afford very basic telecom wireless (mobiles).

Reports show that the governments are indeed “on the ball” regarding broadband issues in these areas. Moreover, it is clear they are also realizing the magnitude of the situation. As a result the Mexico’s government is taking some measures to solve this problem. For example, issuing subsidies for STBs (a set-top box) to support the analogue vs. digital process, the national project such as Broadband for schools where refurbished computers are distributed for free. These processes go a long way in reinforcing GDP growth within the area and of course will improve the countries socio-economic status. Governments are also looking into extending the broadband project into countries like Argentina, Chile, Colombia, Costa Rica, Ecuador and Uruguay.

As for the telecom providers, it’s a bit of a gloomy situation as the new entrants are looming because incumbents are trying new ways to tackle the high cost of infrastructure, especially around the largely densely populated regions. Considering the building costs, telecommunication companies are improvising by coming up with innovative ways to help their falling revenue growth. As a consequence, they are developing Fttp (Fiber To The Premises) networks where households and businesses can be expected to pay a premium for the quality of service. They are also planning to be as efficient as humanly possible by using of their mobile and fixed assets to a strategic advantage. Therefore providing their new customers with a full portfolio of service while reducing costs as much as possible.

In the future, the fixed line infrastructures will come as a great benefit in increasing the regions economic growth and GDP. However while telecoms invest heavily in the urban areas, in the coming years they will  benefit mostly from the mobile users as most telecoms operators are just sizing up the amount of network upgrades just so they can provide a widespread, more efficient and more affordable mobile broadband and data offers. This growth is owned predominately to the mobile segment due to voice and data services across the region.  Almost all LAC markets have UMTS networks, while the key regional operators, including América Móvil and Telefónica, have focused investments on HSPA, HSPA+ and LTE upgrades. Commercial LTE networks are now widespread, and more are either planned or are in trial.

Considering the size and scale of the LAC region, there still lies a huge contrast of differences with broadband usage. Including St Kitts & Nevis, Barbados, Trinidad & Tobago, Uruguay, Chile, Argentina, and Mexico all have 11% to 30% fixed broadband penetration in their region while countries such as Haiti, Paraguay, Nicaragua and Cuba have significantly lower BB penetration.