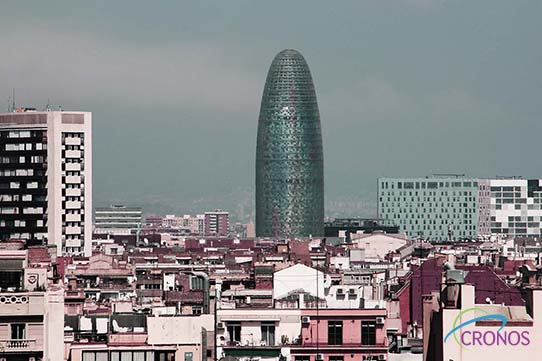 Cronos Group has been operating in Spain since 2013 and betting on technological development, has served as a bridge between the Asian and European market to boost the digital industry, the diary GTC has wanted to highlight the work of the company and for that he spoke in exclusive with Diana Daniels, CEO Founder of Cronos.

“Spain’s northeastern autonomous community of Catalonia has developed into one of the largest start-up technology hubs in Europe. While Spanish authorities are trying to attract more overseas investment into the sector, a number of Chinese companies are already settled in this region, contributing to the tech boom.

“China is one of the strategic markets for the government of Catalonia. There are very interesting examples of Chinese companies establishing in Catalonia like Lenovo, Haier or Cronos. And also traditional industrial companies who are setting up their digital hub in Catalonia,” said Trinitat Bofarull from Catalonia Trade and Investment.

Hong Kong’s Cronos Group, a telecommunications and software company, started to run their business in Barcelona since 2013. The chief executive officer Diana Daniels feels the city’s hosting of the World Mobile Congress is one of the contributing factors behind the tech boom.

“I believe the World Mobile Congress has helped put Barcelona on the map,” said Diana Daniels. “Every year, thousands of companies come and employ their own technology here so it has definitely helped the industry itself in bringing more innovation, more companies,” she added.

As authorities eye further expansion and more overseas investment into the sector, Bofarull added that all the key infrastructures that Catalonia offers to Chinese companies helps to connect the European city with the Chinese market, and the other way around. “There are a lot of synergies between the Catalan strategy to enter the Chinese market and to attract Chinese investment in the Belt and Road Initiative,” she said.

Meanwhile, construction continues at Gaudi’s stunning Sagrada Familia. It is hoped that the world-famous basilica will be completed in 2026, more than one hundred years after it was first built. The city’s high tech business environment appears to be developing at a much master pace”.