The Cronos Group was present @MWC17 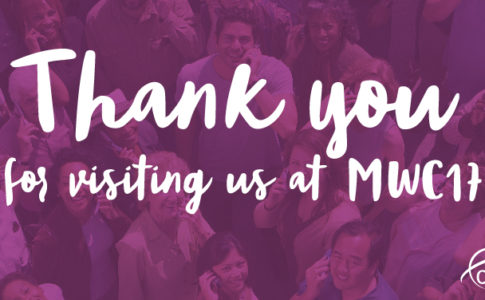 The 2017 edition of the Mobile World Congress passed by so quickly, it almost seems as if another four days would have been necessary to be able to see everything. With over 108.000 attendees and 2000 expositors from all over the world, the MWC has become the biggest mobile industry event. And for a second year in a row, Cronos Group was there.

Right by the Spain Pavilion, our team received attendees at the Cronos Group stand, where we were happy to present our main projects: Tinkerlink and Opulix.

Tinkerlink, breaks all schemes as an app that provides safety, speed and trust, to help you find trustworthy experts or potential clients to offer your skills and make extra money.

Search, find and connect, that’s the idea. The user has the possibility to create cards: “I’m Tinker” or “Need Tinker” to choose whether to offer skills or to find someone inside their network to help with a task. Available at Google Play.

Opulix, is a crowdsourced platform where writers from all over the world have the possibility to have their own blog and express their ideas with the world. With a community of almost 70 authors and over 10000 readers, Opulix publishes daily articles about life, science, politics, tech and more.

Based on the principle of shared economy, our projects are built on the idea that together we can create and achieve greater things. We saw that principle replicated at the Mobile World Congress where ideas worked better when connected with others, achieving a whole new level of innovation to improve the human experience.

The coolest (or weirdest) tech gadgets of 2017

January 16, 2017 / in Articles / by Diana Daniels
flosstimegadgetkissengerneoseproofsquare off 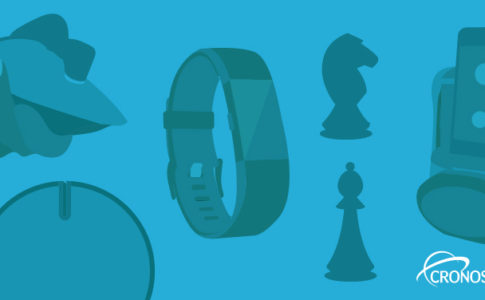 Here is a collection of tech gadgets that are incredibly cool of extremely weird. We’ll let you be the judge of that:

Kissenger Long distance relationships are hard! And even though social networks and internet have made it possible to maintain in touch; hugging and kissing our significant other is still one aspect that makes being apart suck. That’s why, the Adrian David Cheok’s Imagineering Lab, has invented Kissenger, a device connected to your smartphone that simulates a kiss using pressure sensors and actuators, while users are video chatting through an iOS application, making being far from your other half a little easier.

Neose This mobile device can detect up to 350 different smells in around 15 seconds, through a technology that replicates the work of a human nose using biochemical sensors, and a database of odors. The possibilities of application of this device are infinite, from better control and monitoring of pollution in cities, quality control in the food industry, integration in smart fridges and even medical diagnosis.  Even though today it is an independent device, we can already see a future where our Smartphone smells things for us.

Square off Chess has been around for 1,500 years, but there has hardly been any improvement to the game, until now! Square off is a new take of the classic game, using Wi-Fi, magnets and artificial intelligence, this chess board can play and move pieces on its own, so you can play without the need of an opponent. The best part of “Square off” is that you can play against people from all over the world connected through an app that translates the moves on their smartphones to real life on your board.

Proof Happy Hour, Weekends, Parties, Breakups… It seems there are countless of reasons to have a drink daily, but sometimes it can get out of hand. That`s why, Milo Sensors has created a wearable device that allows users to measure their alcohol consumption. “Proof” is a bracelet with a “Fitbit” vibe that will tell you when you’ve had too much to drink. You can monitor your drinking, stablish alarms when you reach your limit and even inform yourself about how much alcohol can you drink without getting a hangover.

Flosstime Not a fan of flossing? This new device will make it an easy and fun habit! It’s a smart floss dispenser that can easily be install in the bathroom and hands out the right length of floss when pressed. It also reminds you to floss if you haven’t done so in the last 22 hours. And what’s best, Flosstime congratulates you when you floss, motivating you to continue with your dental hygiene routine. 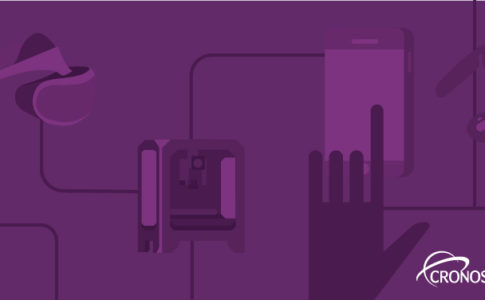 There is no longer a debate whether to implement technology in our lives or not, but rather how fast and to what extent. Technology has impregnated every aspect of life itself from communication to public services evolving to create the “smart home, smart government, smart city” concept. We have already seen the potential of the internet and are starting to acknowledge artificial life as a contribution to our development. So, what tech advances can we expect from 2017? And how will they affect life as we know it?

Apple set a trend when the IPhone 7 was presented last fall surprising the world by eliminating the audio input, replacing the original headphones with wireless earpieces. This year, not only Apple but Samsung as well are working on a complete wireless experience, including phone charging, advancing to a scenario where the functionality of cellphones increases given its growing independence from power sources.

With 2016 setting the trend of virtual reality, this year, the mission is to make it accessible for consumers around the world in a more social design that allows them to interact more naturally with the VR devices. It is expected that businesses, games, and social networks implement the virtual reality experience to their platforms hence improving the consumers experience with them.

Last year, it was demonstrated that machines can be design to think on their own, as proven by the AlphaGo program, able to make complex decisions based on its experience. Artificial Intelligence has been developed to build, create, solve and aid but there is always the preoccupation of it being used for other purposes. So, one of the trends we’ll probably see this year regarding robotics is regulations to prevent it from getting out of hand.

Costumer support will take a turn when the “chatbots” are introduced throughout this year. In fact, it can be presumed that call center will be completely replaced by bots in only three more years.

3D printing for everyone

Although 3D printing has been around for several years, 2017 will be different because the printers will become accessible to the consumer’s pocket. The effect on society is still uncertain even though we can already presume its potential to change the buying experience (why buy if we can print?)

As expected this year will be centered in universalizing human access to technology, making it even more necessary for people to own at least a Smartphone to be able to interact in today’s world. 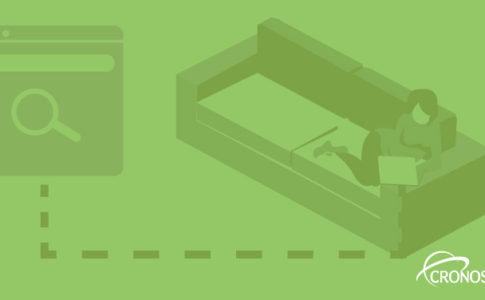 Google processes trillions of search requests each year, and just revealed through its platform, “Think with Google” which terms dominated its search engine in 2016:

The videogame took over the world this summer, winning fans who navigated through city streets, parks, and even national cemeteries to catch Pokemons. The free app quickly became the most popular mobile game in history.

The long-awaited version of Apple’s smartphone hit the markets in September with a waterproof device to match its competition, Samsung, and brought a surprise, eliminating the earphones input.

Trump was the republican candidate in this year’s US presidential election where he defeated the democrat Hilary Clinton in a controversial and heated election. He will take office on January 20, becoming the 45th president of the United States of América.

Prince died in April at the age of 57. His career was an inspiration for many, including renowned musicians such as Britney Spears, Beyoncé, and more. The cause of his death remained a mystery until several weeks after his passing, creating presumption among his fans and the entertainment business.

On November 8th, the American people chose Donald Trump as the successor of Barack Obama, on one of the most televised and followed campaign and election in political history.

In January, legendary musician David Bowie died of cancer at age 69. The beloved British rock star was known for his peculiar style, and left behind a new album, “Blackstar,” which was released only a few days after his death.

The highly-anticipated action movie starring Ryan Reynolds as an unusual superhero arrived at cinemas at the beginning of the year and received positive reviews and expectation for the sequel to be released in theaters in 2018.

The multi-sport event was filled with controversy with concerns that Rio wasn’t ready to host the 2016 Olympics, pool water turning bright green and one faked robbery, which certainly made them even more interesting.

The fresh take on the old cell phone game “Snake,” topped App Store charts this year. The addictive game won over fans by being simple, easy to play, and entertaining.

As you can see, the US elections, technology and entertainment dominated the interest of the world’s population in 2016, let’s see what events does 2017 has in store for us.